How I went to the open ocean

On that day, the weather immediately made it clear that there would be no special benefits for new visitors. A heavy rain cloud covered the city, “domestic” volcanoes were hidden in the clouds, the ocean's horizon was lost in fog. But, surprisingly, our boat trip was not canceled. I hesitated: the boat tour to a foggy Avacha Gulf was a dubious pleasure. But our tough schedule for the Kamchatka tour did not allow us a chance to postpone this trip to any other date. 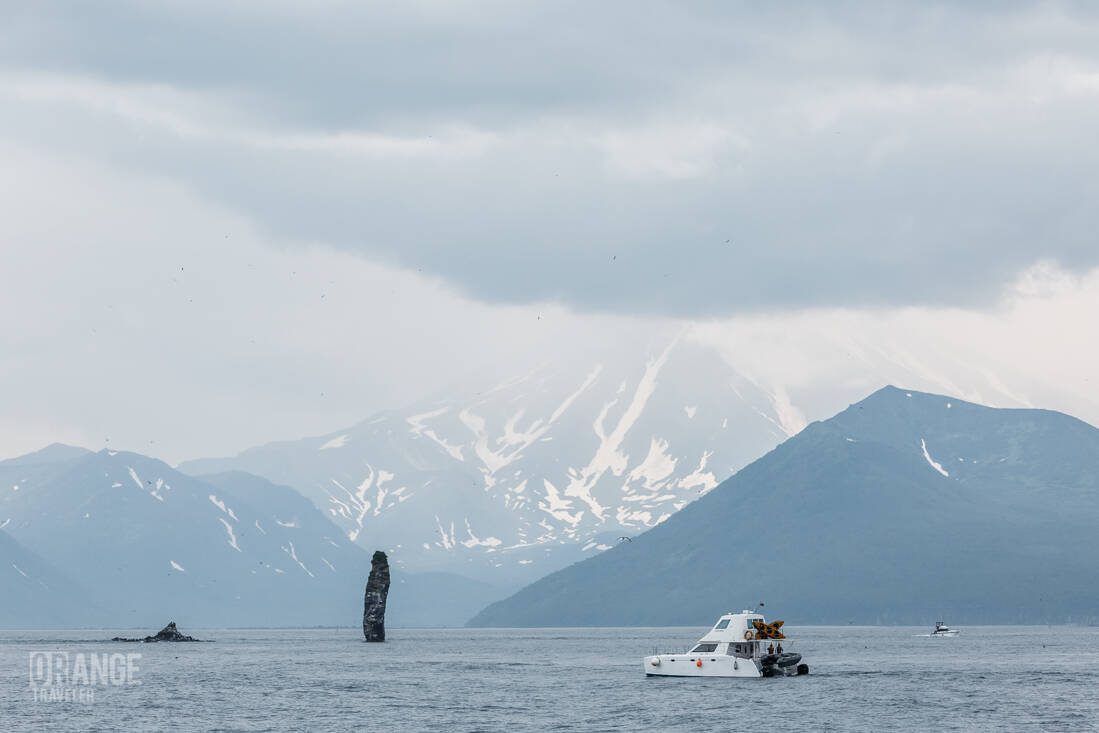 Well, leaving all doubts on the shore, I went aboard the boat which was waiting for us at the port. Dmitry, the captain, and his wife immediately suggested that we take shelter in the cabin. It was drizzling outside. Sitting in the cabin and drinking tea was comfortable, but I wanted to breathe in the ocean, to see it with my own eyes, even if it was so gloomy. I sat next to the captain and, while looking at the echo sounder, asked him to tell me about life in Avacha Bay. 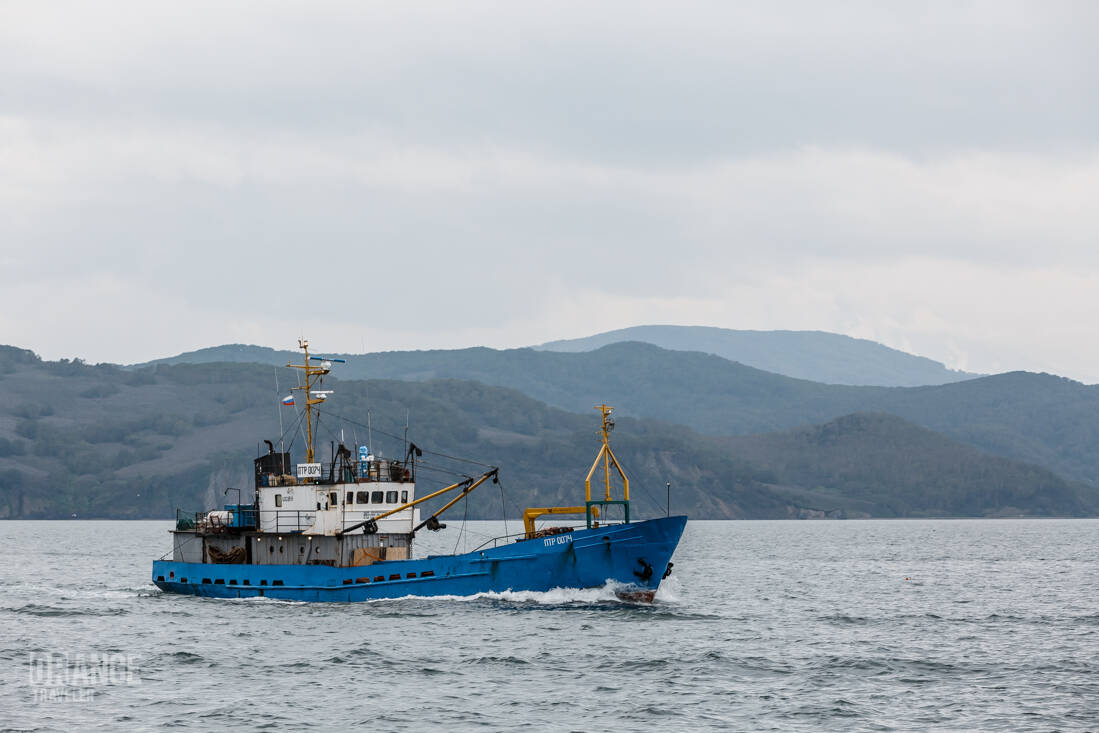 If you are lucky, your boat trip along the bay will be very adventurous - especially if you are lucky enough to meet killer whales. However, the chances of seeing Steller sea lions and sea otters are always much higher than to see any black and white mammals or whales. They also prefer to bask in the sun rather than wallow in the rain. More often, marine mammals can be seen a little further away near the Russian Bay. But even marine inhabitants don’t like bad weather. 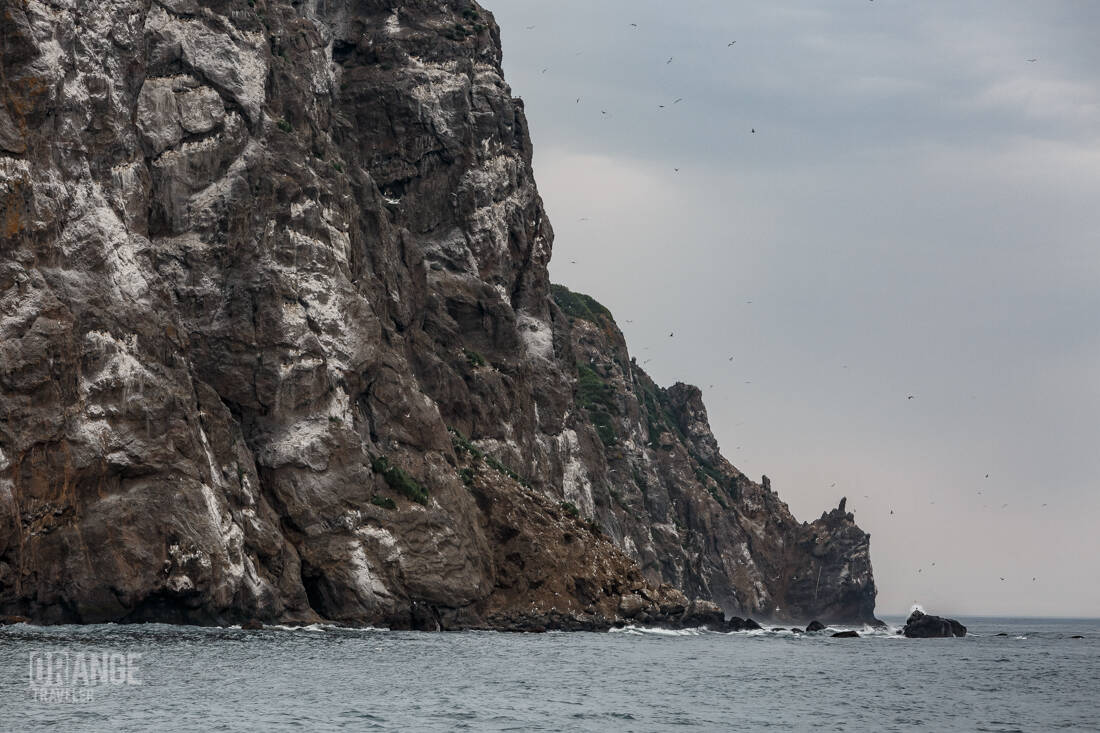 Avacha Bay is considered one of the largest in the Pacific Ocean, it is probably second only after Port Jackson in Australia, but does not make such an impression. Even if you look at dozens of ships, trawlers, seiners and refrigerators, including vessels moored at the piers and arrested for poaching. The width of the entrance to the harbour of Petropavlovsk-Kamchatsky, past two capes - Bezymyanny and Mayachny, is only 3 km long. This is called the narrow throat of the bay. But right behind it there is a vastness, as much as 24 km in length along the meridian and 12 km in width! This size is more than enough to welcome any ship in the world! 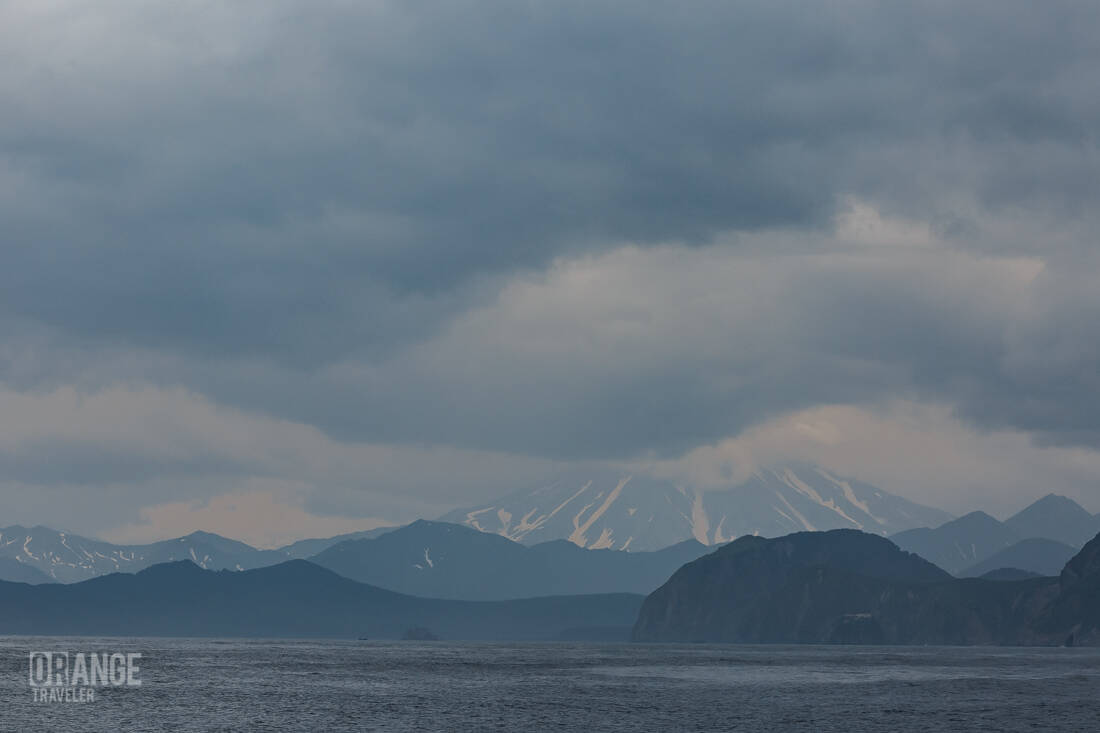 In clear weather, you can see the 4 volcanoes - "Vilyuchinsky", "Kozelsky", “Avachinsky" and “Koryaksky" - waving farewell with their white snow-capped "handkerchiefs". But not this time, the fog was so low that it even clung to the famous rocks that we approached. Three brothers is a symbol of Petropavlovsk-Kamchatsky and Avacha Bay, it is the first sight to show a tourist. The natural attraction of the bay has been chosen by birds, they use the rocks the way people use transit airports - to take a break from flights and then rush on. The Itelmens believe that these sea stack rocks are petrified brothers who defended their families from ocean waves. Divers claim that at a depth of about 13 meters, the brothers keep their secrets - grottoes and caves. 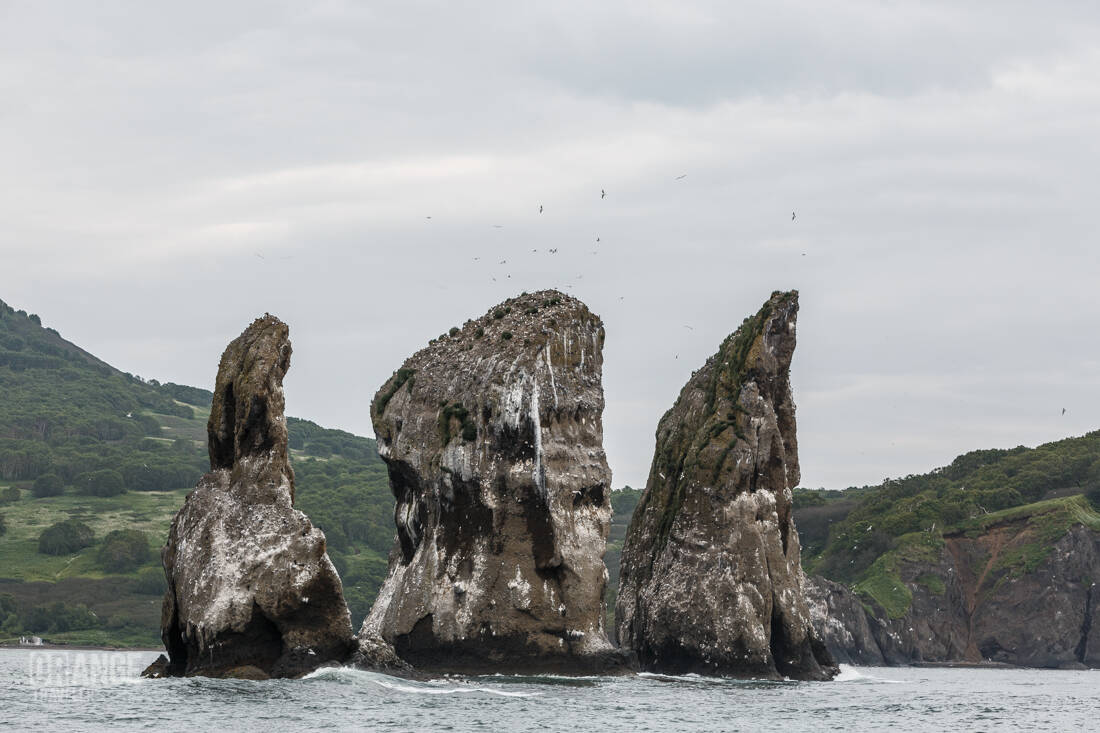 It is said that at the bottom of Avacha Bay, there are about 70 sunken ships from different times. You can easily believe it - life in the port is in full swing. Most of the sunken ships belonged to the Navy, but research ships from the Russian Academy of Sciences and abandoned fishing vessels went to the bottom as well. 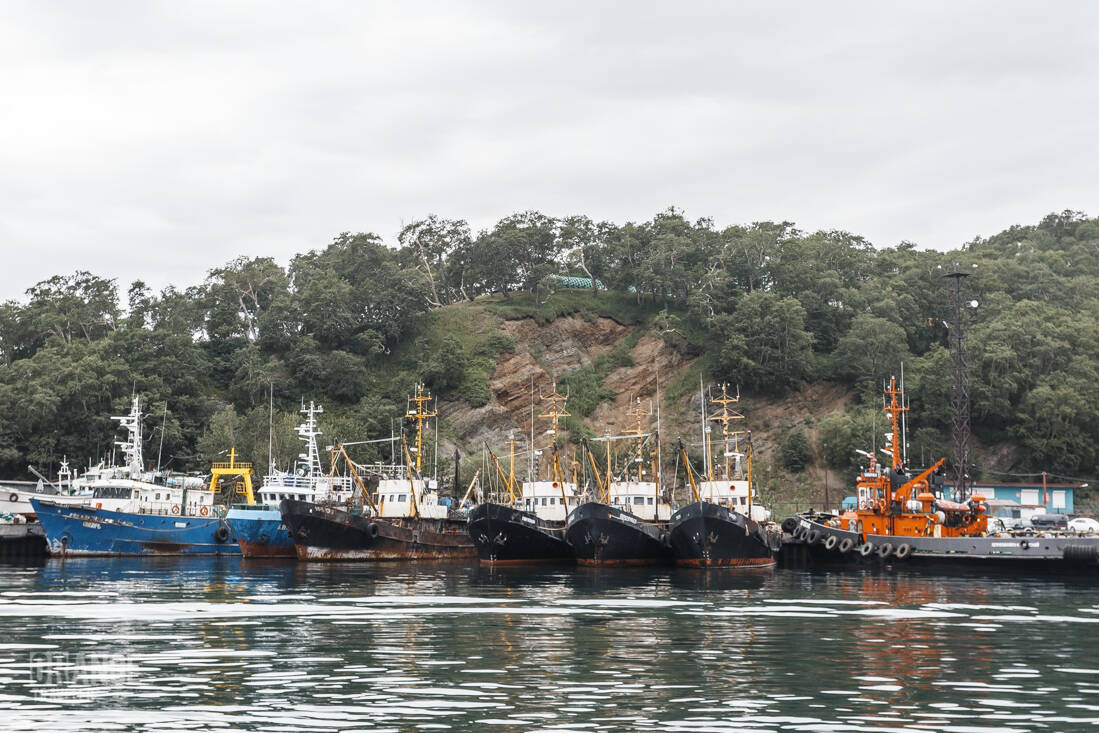 In Avacha Bay, currents often change speed and direction, it depends on the tides; all captains of ships and boats check the water level before their trip. The highest tides occur in Winter and Spring, the water can rise one and a half meters, in Autumn the difference between the high tide and low tide is barely noticeable. 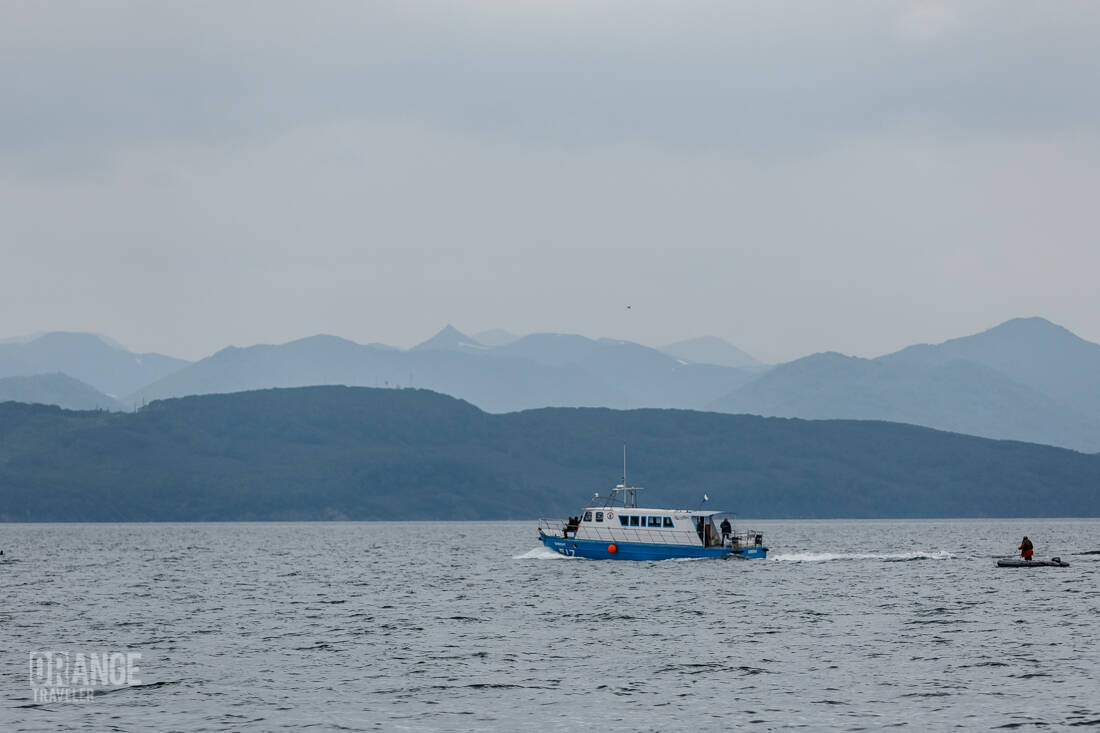 There were several seals and sea lions laying on a piece of rocky shore, not far from the Three Brothers. I barely noticed them in the grey mist, the colour of the animals completely blended with those of the grey day and water. The animals heard the engine noise, lazily looked up, understood that we were not a danger for them, and fell asleep again. We stared at the animals for a little while and then headed to the open sea. 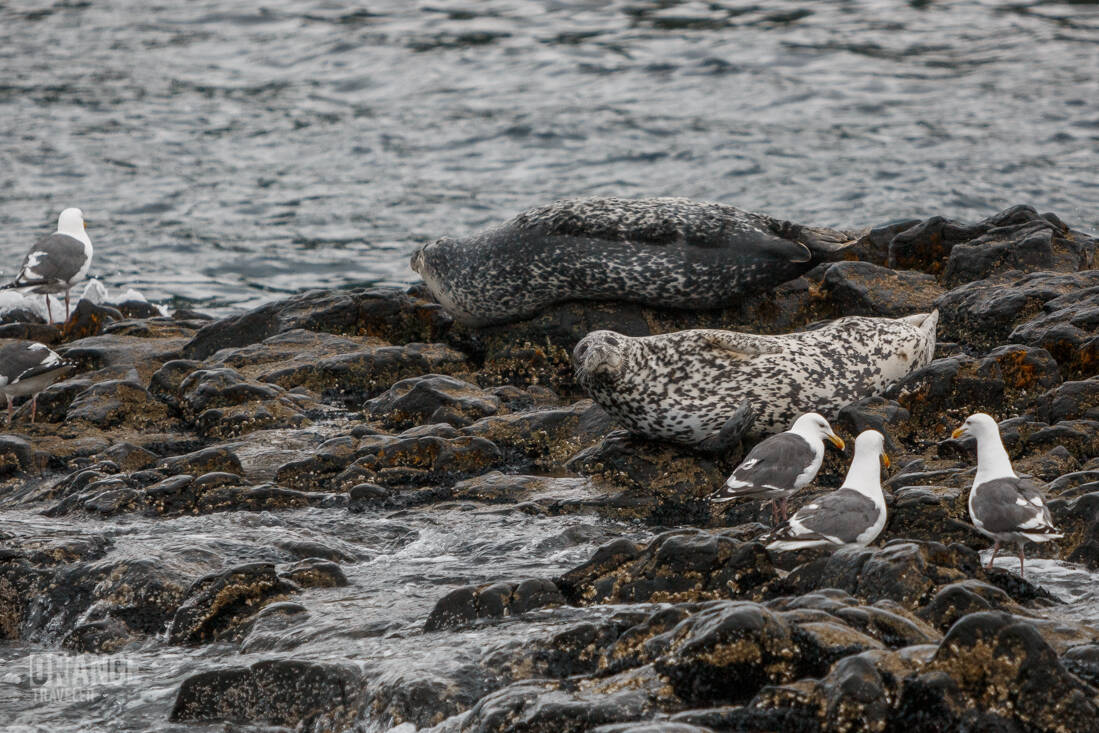 While we were drifting on the ocean, Dmitry offered to fish. It was not easy - it was pretty stormy on the ocean. Only an experienced fishermen could keep his balance and at the same time focus on the bites. Throwing a spinning rod, I almost fell into the water, after a couple more clumsy attempts I gave up. Nevertheless, our team chalked up an excellent catch - several flounders, sea bass and saffron cod. A fish soup promised to be excellent. 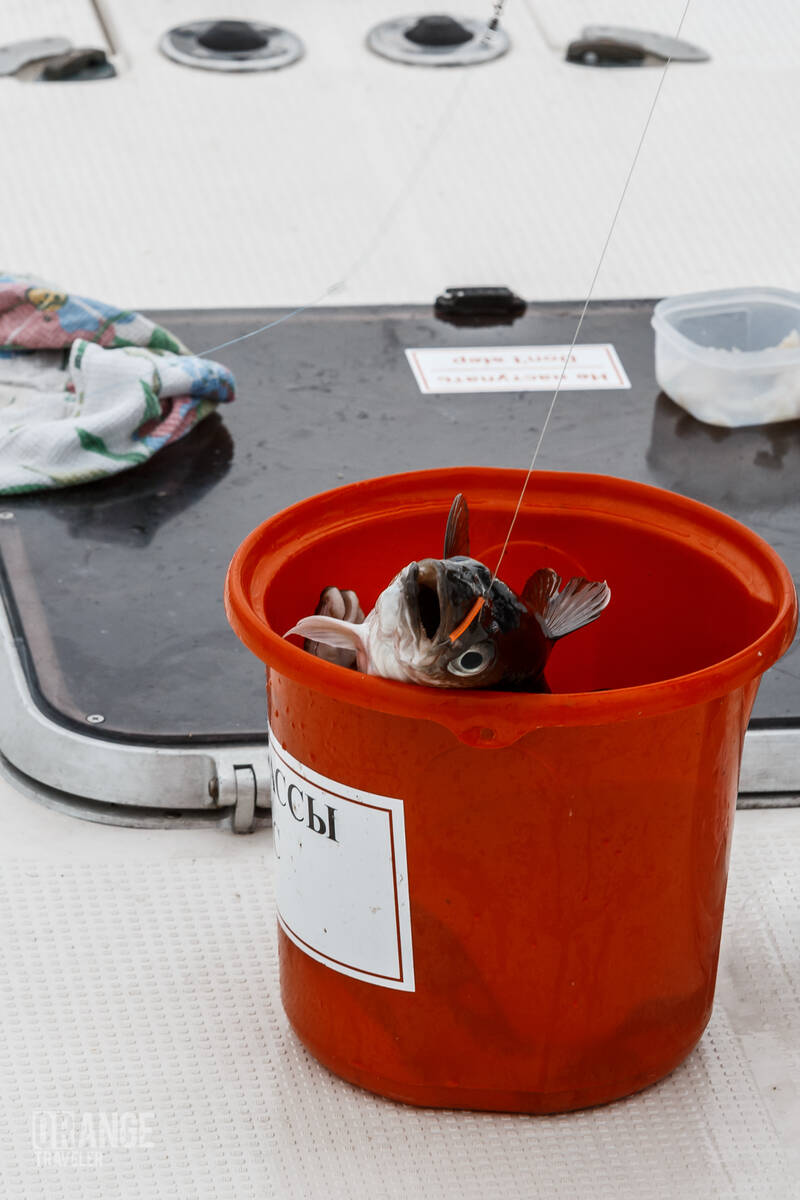 Fighting the waves, we approached Starichkov Island (Oldmen Island). Within the bays of the rocky island, it was hardly stormy at all. We drowned out the engine and drifted not far from the rocks, on which thousands of birds fluttered - this was a bird rookery. Ornithologists even provide an estimate - about 50 thousand birds hatch here. But the associations were rather different - Starichkov Island resembled a huge shared apartment, where kittiwakes, cormorants, seagulls, tufted puffins and guillemots were nesting. On  top of the rocks the 'high flyers' were nesting - the 'Red Book' Steller's Sea Eagles. It is forbidden to dock on the island and actually there’s no need to - birds protecting their offspring can peck or at least stain the tourist's clothes.

While we were watching the bird-life, the captain, put on a warm neoprene diving suit with scuba gear and sank to the bottom to collect sea urchins. I shrugged. The water in Avacha Bay, even in summer, does not exceed 10-12 ° C, and at a depth of 10 m it is about 6-8 ° C. But Dmitry is a professional diver, he does not care about such a water temperature. He dives almost daily to treat guests with seafood. 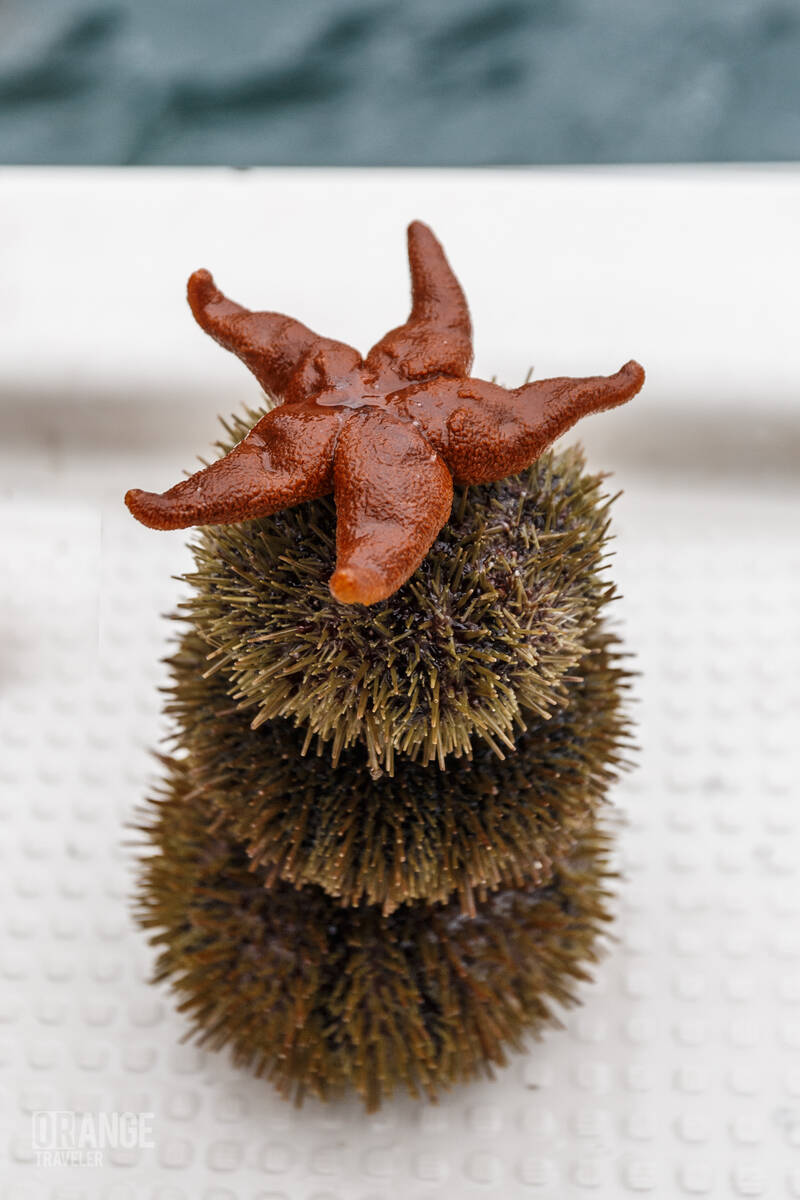 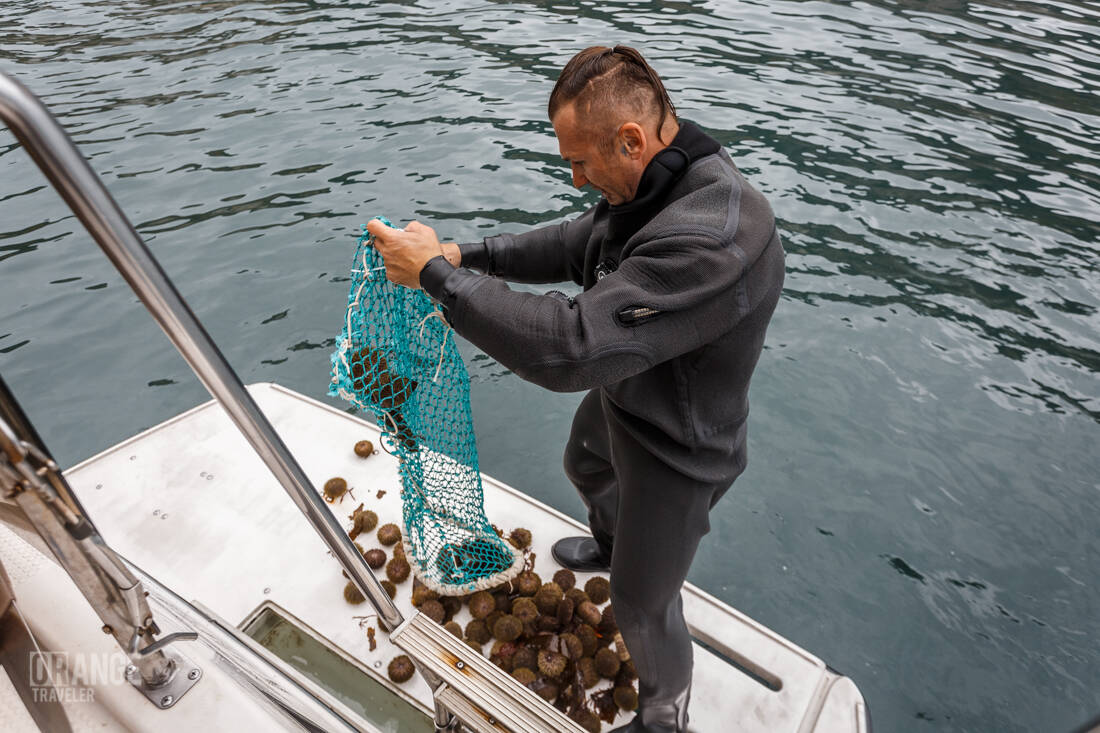 Twenty minutes later, he emerged from the water with a net full of Kamchatka delicacies. He even got a starfish from the bottom, but we quickly released it after a short photo shoot. After lunch, the weather got worse - it was pouring rain and the wind was strong. Birds snuggled up to the rocks, mothers covered their chicks with their wings. Even Steller sea lions chose to dive under the water. Now the idea to go down to the cabin seemed great. Moreover, the fish soup and fish meatballs from the kitchen smelled so delicious. 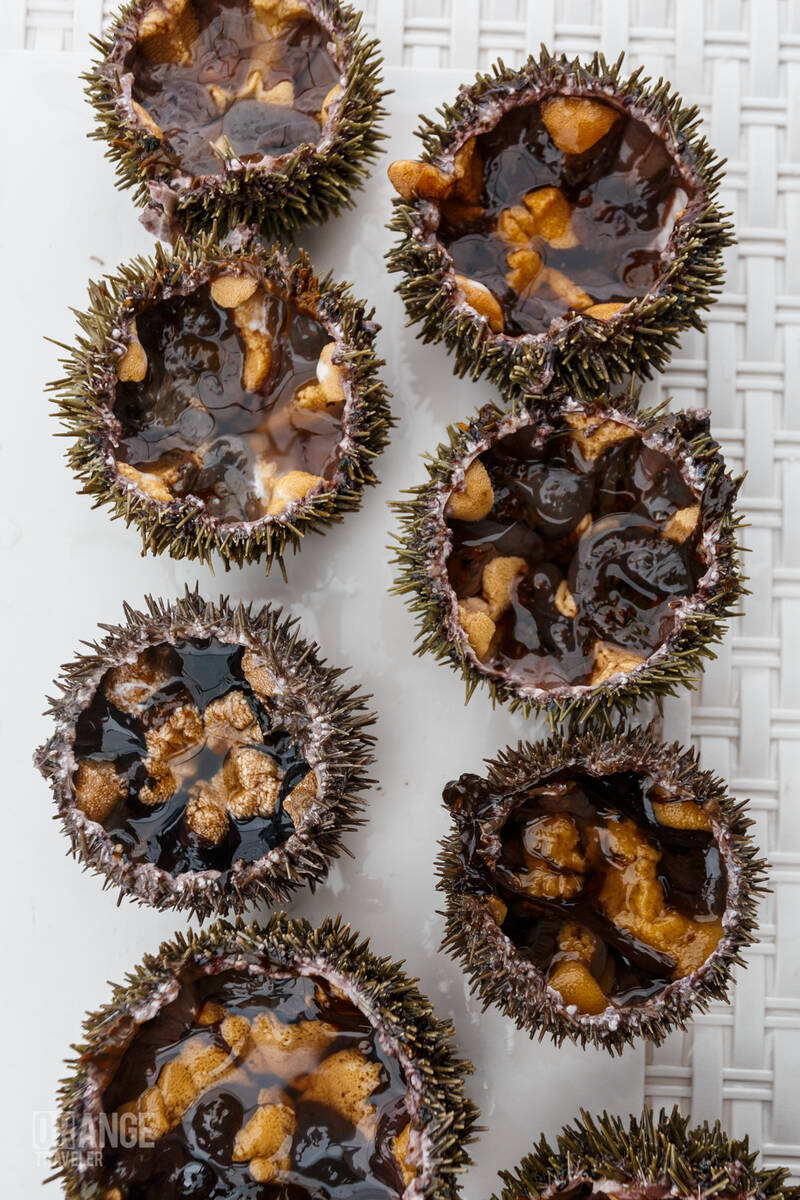 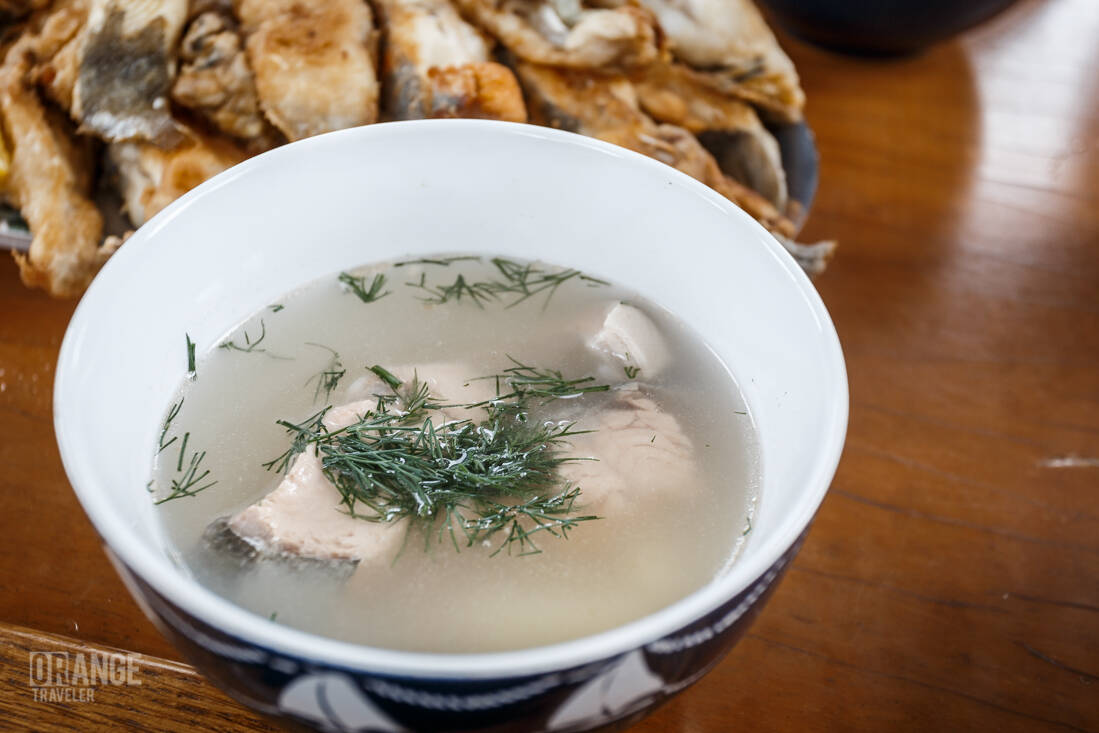 I played a good knife and fork, the hot dinner was so delicious, and again I was glad that I had this rainy little adventure. Perhaps on a better day, we would see more animals, but anyway, the day was not lost. Next time, I will take a longer trip to Russian (Russkaya) Bay, to see as much of the sea along the Kamchatka coast as possible. 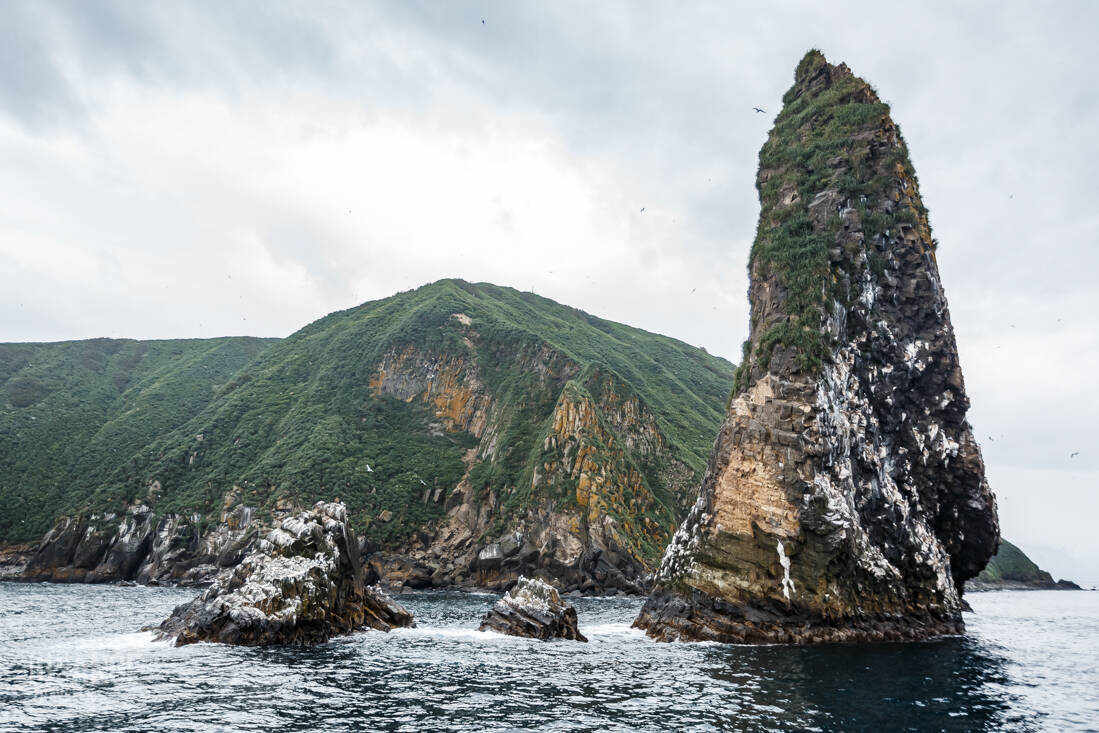 You can buy a tour to Kamchatka on the website "Russia Discovery" www.russiadiscovery.ru 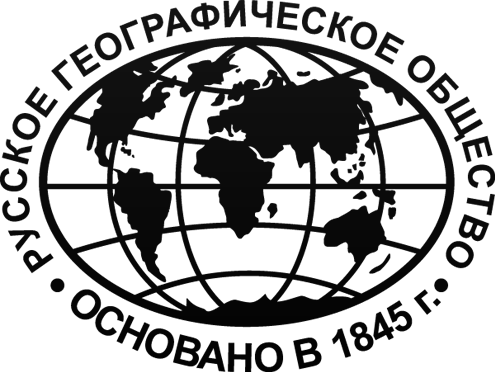 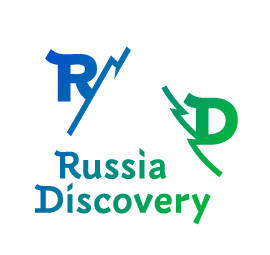 Also read about Kamchatka:
Mutnovsky Volcano on Kamchatka: How I climbed into the crater of an active volcano
Trekking to Vachkazhets Mountain range
Kuril Lake: something about the life of bears and humans
Climbing Mount Camel
The Small Valley of Geysers
The Valley of Geysers
Volcanoes of Kamchatka 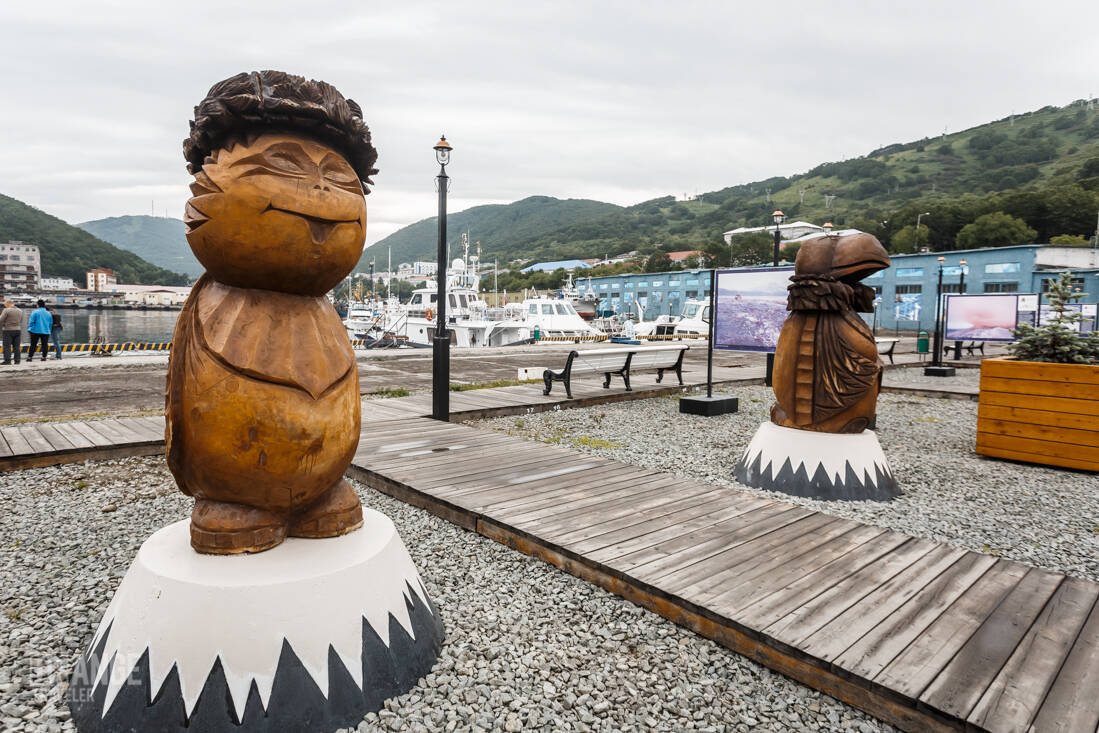 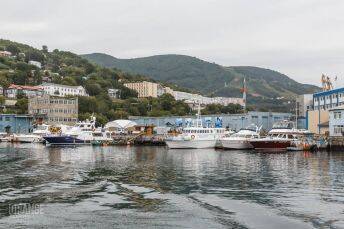 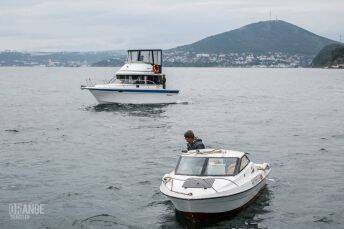 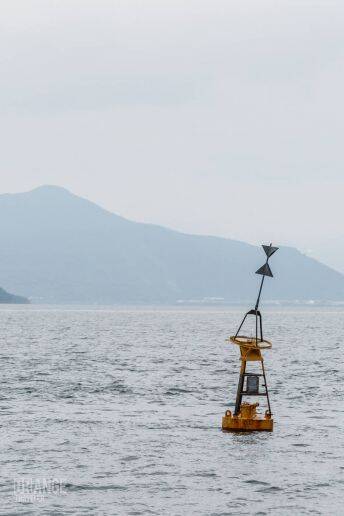 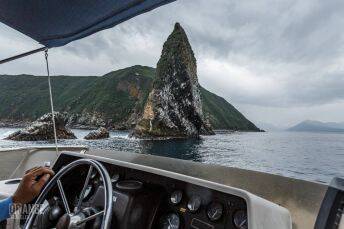 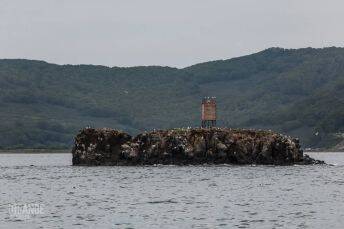 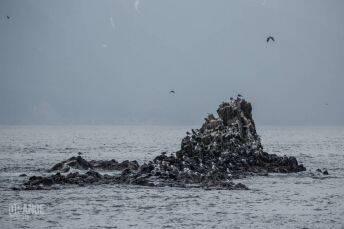 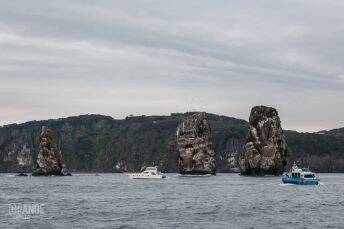 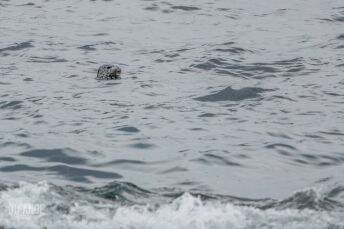 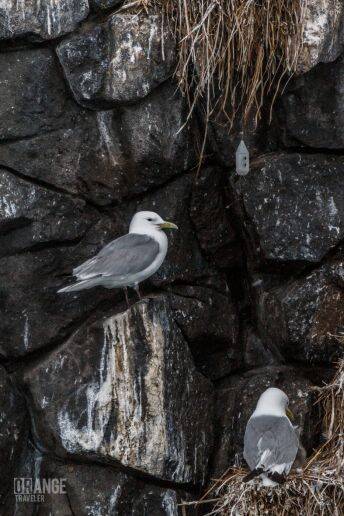 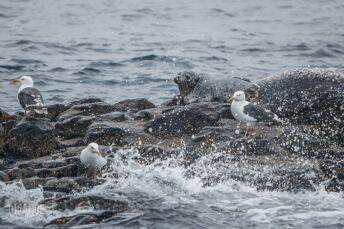 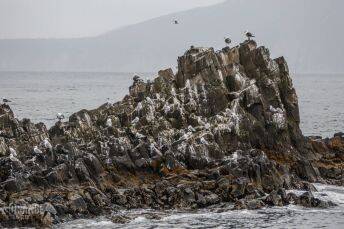 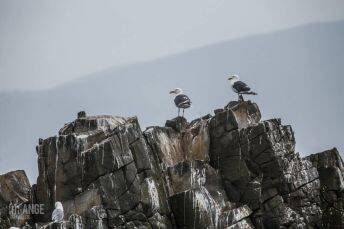 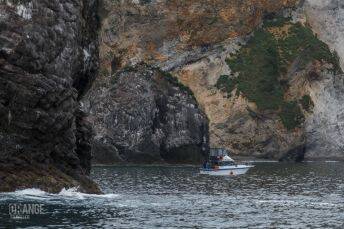